Home > Mortgages > All About Endowment Mortgages

All About Endowment Mortgages 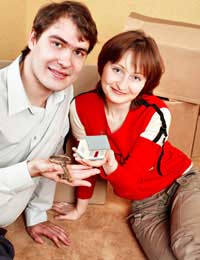 Once very popular in the 1980s and early 1990s, the endowment mortgage is less common these days. It was seen as a way of making monthly mortgage repayments lower, with a lump sum at the end that could possibly even net you a tasty profit.

What is an Endowment Mortgage?

Very simply, the mortgage is arranged on an interest-only repayment basis, and separately, the capital will be eventually be repaid by what's called an endowment policy.

The house buyer has two borrowing arrangements in this set up. Firstly, the mortgage is arranged with the lender, the financial house that agrees to lend the borrower the money. Secondly, the buyer makes an arrangement with an insurer for an endowment policy. The buyer makes repayments to both parties, and at the end of an agreed term, the endowment policy matures to the value of the loan capital, thus clearing the mortgage. Or perhaps even giving the borrower a profit.

The endowment has been seen in the past as additional security, which lenders often liked to see, but the problems associated with endowments are that the final amount is not guaranteed.

Is There a Risk?

There is a risk involved. Endowments are a kind of savings and insurance plan. You pay into them on a regular basis, usually monthly and the money is invested in stocks and shares over a fixed term. This makes endowments seem smart as they could provide a cash lump sum upon maturity exceeding the sum of the mortgage itself.

But if the stock market has not performed as well as expected, there can often be a shortfall at maturity. However, the upside might be that it's a lower cost option with actual return at the end. It depends on how much of a gambler you are!

There are ways of safeguarding an endowment though and you can buy fully guaranteed versions at a higher price. Life insurance policies also exist for borrowers that cover their repayments into the investment in the event of death. So family members are protected.

The hopeful overall upside of endowment policies is that the rate of growth of the investment will exceed the rate of interest charged on the loan. Towards the end of the 1980s, when endowment mortgages were at their peak, the projected growth rate for endowments was around 7-12% per year. But by the middle of the 1990s the change in the economy made these projections look a tad optimistic. Closer regulatory action on money lenders and insurers affected the market and brought growth rates down as low as 4%. By 2001 this form of mortgage was almost defunct.

The new regulations meant that borrowers received a re-projection letter, a kind of 'update' reassessing the likely maturity value of their endowments, and this led to an influx of complaints where borrowers felt they had been misled. The fact that policyholders were often upheld meant that the complaints cost the banks and insurance providers a lot of compensation - by July 2006 somewhere in the region of £2.2 billion.